Know Your Role – Lessons From The Road 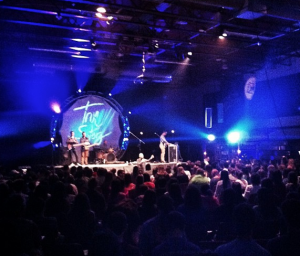 For the past decade I have been traveling and speaking and I have learned so much about the Lord, His Church, and my role as a guest in other churches and ministries. My role is to serve as a supplement and at times as a catalyst in conjunction with what the ministers in the church have been doing week-in and week-out.

Early on, I would go in with a limited understanding of their ministry, and at times, would assume more authority than I should have. It wasn’t that I was saying that, “I have the microphone, so now I’m the pastor,” but I would not be as considerate as to the church, the culture, and the context that I should have been. Over time I came to realize that the best way that I can serve the church when I come in as a guest speaker is to learn as much as I can about the church, the people, and the ministry I am serving and then spend time praying and preparing to serve them the best that I am able to.

The shift for me took place in a real way several years ago when I realized that I may have one night, a weekend, or at most a week of camp to spend with the people I am speaking to, but that the people at the church are serving in an ongoing manner, and that it is not helpful for me to come in and play ‘pastor’ for a few days and do things the way I want to without taking into consideration the needs of the church and the people. This is not to say that I won’t do what I sense the Lord telling me to do, but at the same time, I am much more realistic about my role.

When I am a speaker at an event, my role is to participate in what God is doing through His people and to speak from the Bible in a way that connects with the people and encourages them towards Jesus. My role is not to come and try to “fix” everything wrong with the host organization, but to come and support the hosts vision and direction. If I disagree with their direction or vision, that is on me, because that needed to be discovered before I agreed to serve there.

Now that I am a pastor of a church, I am even more sensitive to the fact that the local church ministry is not a sprint, but a marathon. When I speak at events, I understand that I am one link in a very long chain, and ultimately, Jesus is building His church, conforming His people into His likeness, and inviting guys like me to be a part of the process.

Question: What is the best way guest ministers can serve your local church?