How George Mueller Jacked Up My Fundraising Efforts 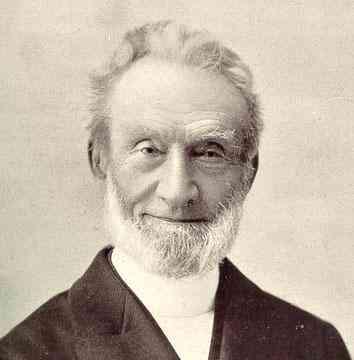 Early on in ministry I was blessed to have mentors who weren’t your classical fundraisers.  They believed that God does the heavy lifting when it comes to all things, even fundraising.  Through our time together, I became more comfortable to trust that God is my provider.  This was both freeing, but at times terrifying.

One of the books that I was given was The Autobiography of George Mueller, and it jacked me up in a really good way.  George Mueller was a minister in Germany in the 1800’s and believed that all he needed to do to raise funds was to pray.

As I read his story I was convicted that even though I wasn’t going full-out in my fundraising efforts, that I was often doubting God.  I remember I was sitting in a hotel room in Little Rock, AR speaking at a large church and feeling broken that my faith was so small.  It was at that moment that I decided that for the next year I would only pray and invite others to pray with me for God’s provision.

Let me tell you, God did some amazing things.  Over the course of that year there were several times when I found myself praying for God’s provision and out of the blue a check showed up, or someone left me cash.  On one occasion I was meeting with a prayer group made up of youth pastors and Steph and I had a unforeseen medical expense arise.  I told the men to pray with me about it, and I was not expecting anything from them.

The next day a friend of mine from the prayer group called and said he and his wife had been praying and that the Lord wanted them to give us $500 towards the expense!  We also received an unexpected refund for the remaining needed amount that same day in the mail!  I was in awe of how much better God was at meeting our needs.  Now, I understand that a skeptic could argue that my sharing it with my prayer group was me secretly asking them for help, but I assure you that was not my intent.  They were a bunch of poor youth pastors like I was!

If you haven’t heard of George Mueller and you are fundraising, I’d encourage you to spend some time with him.  While I haven’t always remained as faithful as he was at praying for all of my needs only, it has very much informed a lot of the ways I deal with raising money.

Here are some take-aways I took from my dead friend, George:

Here are some of my other articles on fundraising: