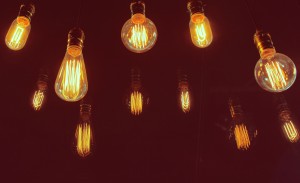 I’m a bit late to the conversation, as usual. Apparently there was a ruckus in the Christian sub-culture regarding a young lady’s decision to no longer wear Yoga Pants. I read her article and thought she didn’t come across as arrogant, rather, she was sharing personal convictions. What was most shocking to me was the fact that it seemed to charge such passionate online, impersonal debates. It is saddening to me that we as humans, a nation, and as Christians can be so quick to be ‘us’ and ‘them’.

Let me begin by being clear about a few things. I believe that modesty for both men and women is a beautiful thing. As a Christian man, husband, and father, the modesty that I am referring to goes way beyond our clothing choices, but it certainly doesn’t ignore them either. Our bragging about our successes, how well we love our wives (causing jealousy in wives who feel unloved), where we vacation, etc., is also immodest. Lust is a real issue, but so is greed, jealousy, insecurities, and self-esteem, as opposed to God-esteem.

The problem with this conversation is that it is seeking to address a deep heart issue with a simple outward change. The way people are reacting, they do not appear to be concerned about the “why”, they just want to go after the “what.” In this case, ladies wearing yoga pants.

As a pastor, I see the issue of modesty, fidelity in our thoughts and actions as an issue of discipleship more than behavior modification. We are so quick to talk about what you should do, without describing the “why” of what you should do. We need to begin with the fact that we were created by God for God (see Genesis 1-3) and that we were purchased at a great price (1 Corinthians 6) through the sacrifice of Jesus Christ. We should be far more adamant about helping young believers understand who they are in Christ (see 2 Corinthians 5:17), instead of just adjusting what they do. This is certainly not to say that we don’t talk about harmful behaviors, but in reading the Gospels, it appears to me that Jesus was far more concerned with the intentions of the heart than the outward actions of the individual.

The simple fact is, when a person who is a follower of Jesus grows in their love for God, the Bible is clear that we should also grow in our ability to love others. In loving others, we want to serve, more than we are served. Love more than we are loved. And look out for one another, both our fellow Christians, and those who do not believe as we do. We begin to take the Golden Rule seriously and start considering how our attitudes and actions affect those around us, even those whom we don’t even know.

In my book, Tragedy to Truth, I commit an entire chapter to my past struggles with lust. It is not lost on me, nor do I quickly forget the effect that lust can have on a man (or a woman). Early on in my faith journey, I would easily cast blame when I felt lust towards a woman because of the clothes that she wore. Honestly, early on in my struggle a beautiful woman, regardless of what she was wearing, would cause my thoughts and sometimes my actions to go beyond a healthy and natural appreciation, to sinful thoughts and behaviors. It wasn’t until I realized that I had a choice, by the power of the Holy Spirit, to have a choice as to how I would respond that I began to experience freedom. We live in an overly sexualized culture, so I eventually realized that the culture wasn’t going to change, but with God’s help, I could.

True discipleship takes time, it’s messy, and there will be disagreements along the way. What would happen if Christians became more concerned about a person’s heart, motivations, and what they believed about how God sees them, and less concerned about who is causing who to do what when? What would happen if we quit compulsively scanning headlines, blogs, and Facebook for the next bandwagon to join or react against, and became more intentional about making disciples of Jesus and seeing lives transformed from the inside out? I believe the discussion of yoga pants would dissipate and change to a more meaningful discussion about the heart issues that make us addicted to the approval and acceptance of others to a life lived in response to God’s approval of us through Jesus Christ.

Will you join me, Christian, in becoming more intentional in engaging people whom you both agree and disagree with in a meaningful and purposeful way? Will you join me in being more intentional about understanding a person’s deep motives (see Proverbs 20:5) and less concerned about their immediate outward behavior? We as Christians have a charge, and it is not, “Go, therefore, and abolish Yoga Pants…” Let’s get after it!