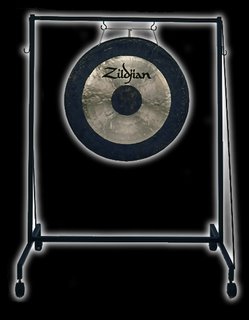 “If I speak in the tongues of men and of angels, but have not love, I am a noisy gong or a clanging cymbal.”
(1 Corinthians 13:1, ESV)

A few weeks ago Stephanie and I were relaxing and watching ‘American Idol’ when we saw a commercial for a new show coming on immediately after the show. This new show was called ‘Unanimous’ and the premise was to lock these people in an underground bunker and have them decide unanimously who would win the $1.5 million dollars. I was slightly curious to see how these people would interact. For those of you who do not know, I have an undergraduate degree in Psychology, so I wanted to see how this would play out.

Within the first few minutes of the show the evidence of greed and manipulation was all over the place. However, the thing that ripped my heart out the most was the interaction between a woman from Los Angeles, CA who was a 49 year old minister and a male who was admittedly homosexual. We are aware that the producers intentionally pick people with varying backgrounds to make the show interesting. The sin issue of homosexuality quickly arose as an area for discussion. As Steph and I were watching I was heart broken and angered greatly by what was going on.

To be honest, I have been burdened for a while about how we ‘Christians’ address people who are in sin. Many of you know me and know that I am not afraid to address sin issues, but I always strive to do it in a loving manner that will ultimately bring about reconciliation with the person and God. I was hoping in my heart that this ‘minister’ would answer in a loving manner when the obvious question arose. It was my prayer that when this man found out this lady was a minister and shared his lifestyle with her that she would answer honestly, but lovingly.

However, she responded as a prophetic parrot. What I mean by a ‘prophetic parrot’ is someone who throws out your typical heartless clichés that us Christians are famous for. When the guy asked her about her opinions she said, “Your problem is not with me, you need to take it up with the Bible,” “Look at Sodom and Gomorrah,” and my all time favorite, “It’s Adam and Eve, not Adam and Steve.” Sitting there in shock my heart sank for all parties involved.

“You can’t be serious,” I thought to myself. I was grieved. Then the prophetic homosexual said something that haunted me. He said, “YOU ARE RECKLESS WITH YOUR WORDS!!!” Wow… As Steph and I were talking about what we had seen we both lamented about the way Christians are often clanging cymbals and loud gongs. The truth is, what she was saying was true, however, the way she said it was unfortunately the typical ‘Evangelical’ response.

In 1 Corinthians 13:1 (as shown above) Paul makes a clarifying statement. The people of Corinth were enamored with the spiritual gift of tongues and by those who were multilingual. Paul was indicating that whatever way they spoke, if it was absent of love, then the were just a noisy gong or a clanging cymbal. This woman was ‘speaking the truth,’ but there was no hint of any love. CLANG CLANG CLANG!!!

Has it really come to the point where Christians have nothing else to offer to the issue of homosexuality besides, “It’s Adam and Eve, not Adam and Steve!”? What an ignorant, thoughtless, and hateful statement. This isn’t the only sin that we are ‘reckless with our words’ about. Has the life, death, resurrection, and ascension of Jesus to the right hand of the Father left us so powerless that we just tear people down? What happened to the Gospel? What happened to Grace and Truth? What happened to loving our neighbor as our self? What happened to having ‘eyes to see, ears to hear, and the ability to understand’?

I invite you along with Steph and I as we seek to grasp a deeper understanding of the all transforming power found in the Gospel of Jesus Christ. Let us consider how we can lovingly communicate the Gospel as a cure to the sin disease that is killing us all. Homosexuality is clearly taught as a sin in numerous places in the Bible. However, if we are to be loving people, let us spend some time considering the complexity of the issue and how we might craft our words in such a way that it will communicate lovingly the transforming power of Jesus Christ.

For some people, I think the greatest thing they can do for the Kingdom of God right now is to remain silent. Unless you are confronting sin from a heart of love, saturated in Scripture, with the goal being reconciliation of the person and God through a relationship with Jesus, then please for the sake of God’s reputation and for the rest of us Christ followers, be quiet.

My prayer for us all would be that we submit to the authority of God as communicated through His written Word and become people of understanding who lovingly choose our words. Let’s not be noisy gongs or clanging cymbals, rather let us be a people who have been so radically loved by God that our response is to radically love others.